Why are the Goodwin Sands environmentally important? 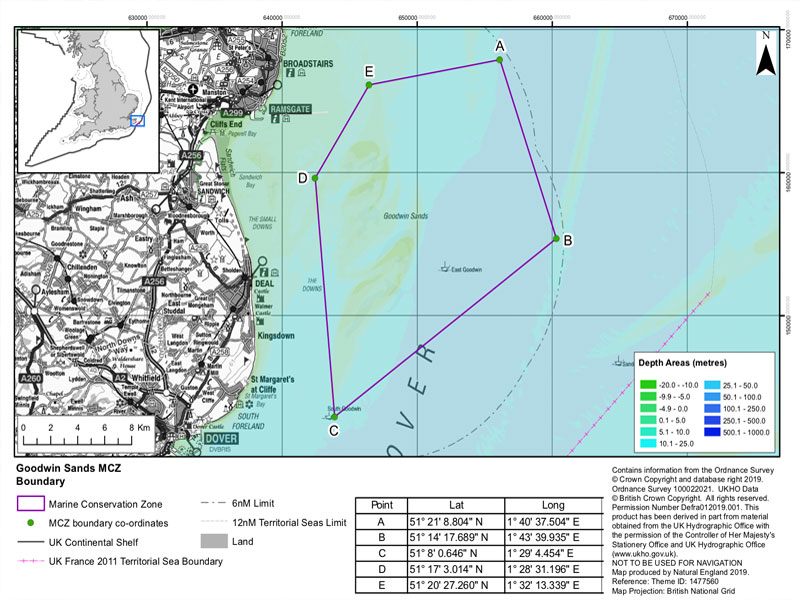 In May 2019, a 277 sq km area including and surrounding the Goodwin Sands was created a Marine Conservation Zone.  However, unfortunately, this does not provide as much environmental protection as the name implies.

According to DEFRA, the Goodwin Sands MCZ is a large dynamic and constantly changing area of sand and coarse sediments that is regularly exposed at low tide.

The Sands provide an important haul out site for harbour and grey seals and good foraging grounds for bird species.  The site also includes areas of subtidal (always underwater) coarse sediments that are known to be of particularly high biodiversity.

The Goodwin Sands MCZ also contains Ross worm reefs and blue mussel beds, both of which are dependent on the underlying habitat.  The Ross worms in particular thrive on the pebbles and boulders of the coarser areas of sediment.

The conservation zone should protect the English Channel outburst features that are evidence of a megaflood that occurred approximately 200,000 years ago, leading to the separation of England from mainland Europe.The Conservation Objectives of the Goodwin Sands MCZ are to maintain the subtidal sand and coarse sediments, the Blue Mussel beds and the outburst flood features in a favourable condition.

The aim is also to recover the circalittoral rock and Ross worm reefs to a favourable condition.