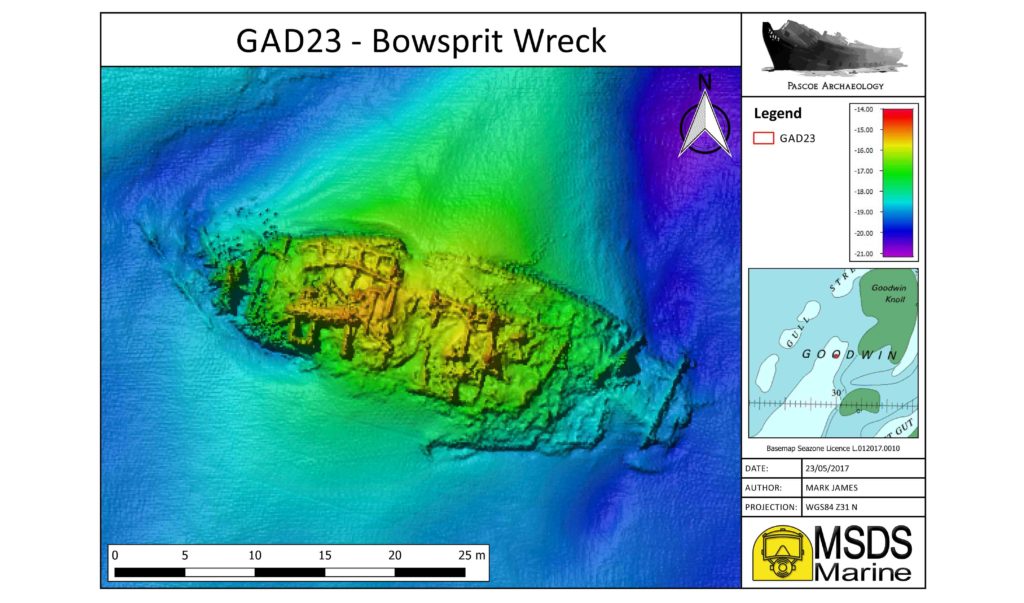 An unidentified sail-powered collier that sank on the Goodwin Sands has been granted national legal protection by the government.  It is one of two wrecks added to Historic England’s list of Schedule Monuments in January  2021.

Further information can be found here.